Is God OK With Slavery? 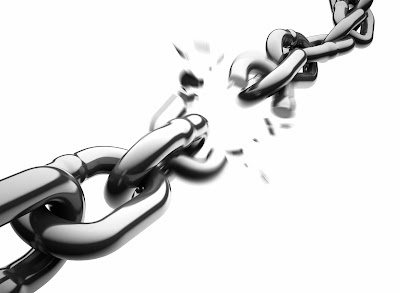 Christians often find it awkward to talk about slavery. It's seen as one of the fundamental injustices of human history and yet it's felt that we can't really speak out on it because...well, doesn't the Bible condone slavery? We're troubled by Old Testament passages like Leviticus 25:35-54 that discuss owning slaves but don't say that it's wrong. We might right that off as an obscure Old Testament passage. But then we're concerned to find Paul give advice in the New Testament like: "Slaves, obey your masters here on earth with fear and respect and from a sincere heart, just as you obey Christ" (Ephesians 6:5).

So is God OK with slavery?

It's obvious from the passages I've referenced above (and others which I haven't) that slavery was commonplace when the Bible was written, both for those who worshipped God and those who didn't. The Bible doesn't contain an explicit statement that slavery is wrong. Why might that be?

When we think of slavery today our minds tend to jump to the image of America and the slave trade. We think of cotton plantations and ships crammed to capacity with human cargo. And we're absolutely justified in being repulsed at the degradation of human dignity and barbarity that happened in the slave trade. We misunderstand what the Biblical authors mean by slavery, though, if we read this image into the text.

God is not OK with this.

In God's law the slave is very much part of the family. You thought of them that way - my wife, my daughter, my son, my slave. They were included in your household and as such you were responsible for them. You could draw a parallel with the domestic workers, doing cleaning and tidying, that are commonplace in some parts of the world today. Slaves did more work and could sometimes be treated cruelly but generally it was in your interest to treat your slaves well. If you beat your slave then he'll necessarily be unable to do his job well.

And the Bible contains the precedent for a radically compassionate treatment of slaves. Nowhere else in the world but in God's people were slaves entitled to one day off a week in law (the Sabbath). There are laws requiring you to release your slave if you mistreat him in certain ways. It was enshrined in law that Israelite citizens could only be enslaved for a maximum of seven years, no matter how great their debt. There's even an allowance for a slave to remain with a family upon release if he's grown attached to them (Deuteronomy 15:16-18). When you reach the New Testament the requirements are even more radical - treat your slaves like you'd want your real Master to treat you (Ephesians 6:9).

We can have peace with slavery as it's required to be practised in the Bible. When the master is fair and honest then the slave was little more than a domestic employee tied into a short-term contract. But what about modern-day slavery? Can't that be understood as Biblically wrong?

As I said, there's no all-out statement condemning slavery in the Bible. But there is a passage that condemns trading in slaves. In a list of people who "are against God and are sinful" (1 Timothy 1:9) Paul lists those "who sell slaves" (NCV). The NIV and the NLT also use the phrase 'slave traders' whereas the NASB goes for 'kidnappers', the ESV for 'enslavers' and the KJV for the wonderfully archaic 'menstealers'. Why is there such a divergence of translations? The Greek word used (andrapodistes) appears to be a technical term stemming from the practice of enslaving defeated soldiers in war. It refers to those who stole other people's slaves in order to sell them on for profit, a practice already condemned in the Old Testament. This is slightly more than kidnapping. It's trading in human life for the purposes of money. And that is sinful and wrong. We can overstate the meaning of this - it doesn't say that owning slaves is wrong. But it does give us an indication about how God might feel about slavery today.

I think that Biblical authors like Paul would be horrified by human trafficking today. Enslaving someone for the purposes of sex or smuggling someone across a border with the promise of work and then exploiting them is sick, even by ancient standards. It's far from the family-based model of slavery practiced in the Bible. I'm proud that Christians were at the forefront of opposing the slave trade. Christians today have no reason whatsoever not to follow in their footsteps in rooting out slavery in the modern age.
Posted by Matt at 20:46