Slightly awkwardly, this blog post was originally meant to be written for Easter. Obviously I have missed the boat somewhat. Still, resurrection truths are worth thinking about at any time of the year. So here are three things that the resurrection is not, and some thoughts on how to move past them.

The Resurrection is Not Just a Happy Ending 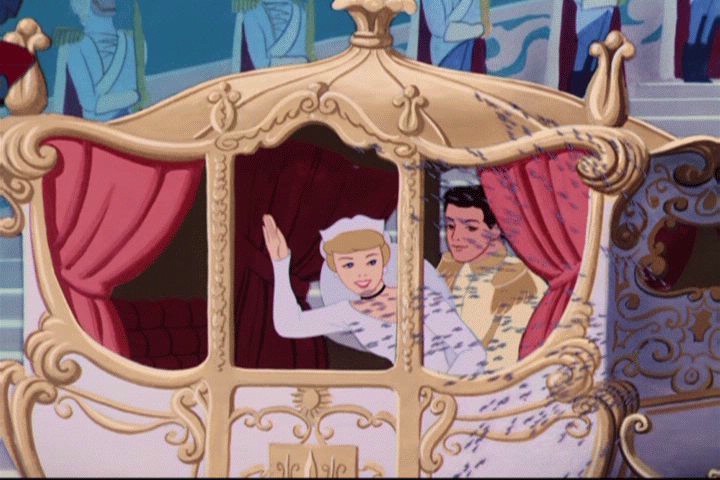 The fact that the accounts of Jesus' resurrection - Jesus being raised to life by God in a physical body - all occur at the end of the Gospel stories might suggest to some that they're less important. Each Gospel undoubtedly builds its narrative climatically towards Jesus' death on a cross. The resurrection can seem like the happy ending which is tacked haphazardly onto the end to make everything alright. We're all so used to this style of storytelling, especially, it seems to me, in Disney films. A character falling to the ground/being shot/falling off a cliff (pretty much anything which would normally involve them dying) is only the precursor to a brief moment of suspense after which the character is found to be alive after all! We've almost tricked ourselves out of taking things at face value in death scenes nowadays, so often have we seen adventure heroes and adorable children/animals splutter back to life against the odds. Something improbable always happens to rescue the protagonist (heck, it even happened to Batman). It might be tempting to read the resurrection story in this way. To see it as just another happy ending which means that we no longer have to face up to the reality of a dead Jesus. Yet the resurrection has always been part of God's rescue plan for humanity. It is just as central as the cross, for God always intended that Jesus should both die and be raised to life. Therefore, in the predictions that Jesus gives His disciples throughout the Gospels He repeatedly foretells not just His crucifixion but His resurrection - not just how He'd die but how He'd beat death (see these various references for what He said). The resurrection occurs at the end of the Gospels because it's the final part of the story of the earthly Jesus. Yet if that was all it was then it would've been quickly forgotten. The earliest Christians didn't see the resurrection as a reassuring happy ending. They saw it as the glorious new beginning in which God was bringing new life to His world.

The Resurrection is Not a Restart Button The resurrection is a story about Jesus coming back to life. Yet the Old Testament also has stories about people coming back to life. These include one account of someone actually coming back to life from death (1 Kings 17:17-24), several accounts of people who were in situations where they definitely should've died but didn't (Jonah 1:17-2:10, Daniel 3:16-30, Daniel 6) and prophesies about resurrection (Hosea 6:1-2). [Interestingly, these all have some sort of connection with the number three; I'm still trying to work out if this is a coincidence or not.] Jesus also brought at least two other people back to life (Luke 7:11-15, John 11:38-44). So what's different about Jesus? The difference is that He is resurrected and not resuscitated. He is raised into eternal life (life which never stops) rather than a brief extension of life before a second death. All the people in the examples above died for a second time; they're not still wondering around the earth today. Yet Jesus was not merely raised into a blip, into a momentary resumption of what came before. He was raised in order to redefine life itself.

I don't know if you've ever played one of those racing games which gives you a new life when you crash or drive off the side. You have a couple of seconds where you hover in a ghostlike fashion, perhaps flashing in and out of existence, before being dropped unceremoniously onto the track to continue your race. It's tempting to see the resurrection as the 'new life' you get in a game in order to keep going as you did before. Perhaps we might imagine it as a button on the controller that God can press every so often to zap someone back into consciousness. This is not what the resurrection is. Jesus didn't cheat death by getting a new portion of life. He redefined life (and bought eternal life for anyone who wants it) by triumphing supremely over death. Do you see the difference? Death is not cheated; it is defeated. Jesus has got the keys to death in His pocket because He is "alive forevermore" (Revelation 1:18, ESV).

The Resurrection is Not About a Shiny Jesus

Finally, it can be tempting to think that the resurrection story is all about the glory of the resurrected Jesus. Now it's obvious that it is partly about that. I don't want to deny in any way that Jesus is the central figure of the resurrection. But if we focus too much on Him then we can forget that it's also about us. Yes, Jesus is victorious, glorious, transcendent, immortal, unconquerable. But the resurrection is for us. It was not designed just to transform Jesus, who, after all, possessed all the splendour that belongs to God already before creation (Philippians 2:6). It was designed to transform us. Because Jesus lives we have access to His resurrection life, a life that does not end. Because He lives in a physical body that once died so we have the assured hope of receiving a resurrected physical body in the likeness of His body once we die. His is the glory. But it counts for nothing if we do not allow it to transform us. The resurrection is not just about a shiny Jesus. It's about a God who wants to give us a whole new way of living in the future, and whole never measures of life in the present.
Posted by Matt at 15:25 No comments: