Politics II: Why You Should Vote 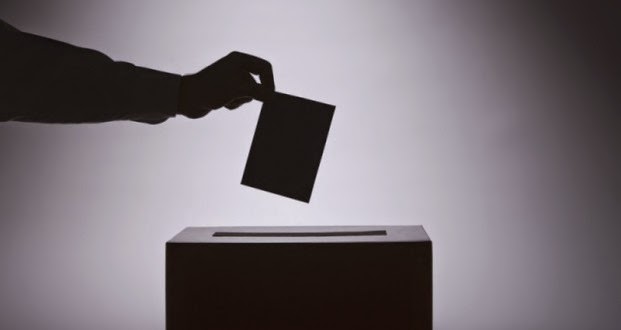 Somewhat to my surprise, I've discovered that I've become an evangelist for democracy. Or at least for participation in the democratic system.

In my last post I highlighted some of the principle problems with that system and argued that a cynical electorate was at least part of the problem. Those problems, some of which are certainly genuine issues, will cause many people to opt out of voting at all in this election. The Electoral Commission estimates that 16 million voters chose not to vote at the last election whilst the number of eligible adults who aren't even registered stands at 7.5 million.

If you're in the latter category and you are reading this today then I would endorse you in the strongest possible terms to take 5 minutes (I've gone through the process; this is literally how long it takes) to register to vote. You're under no compulsion to use your vote if you do this but you will at least give yourself the opportunity to do so. This to-the-point (but under-watched) video from the Electoral Commission will hopefully be enough to persuade you of the importance of registering. If you're reading this after midnight on 20th April then you should register to vote anyway for future elections.


The argument for registering to vote is, in my view, pure common sense. I want to go a step further in this post and say that you should actually take part. These points are hardly new or revolutionary. They've been made countless times, undoubtedly by people who are much more eloquent than I am. But I wanted to make them myself, partly because it just might convince one or two people and partly because I can now feel vindicated that I have at least made the attempt.

I've even broken it down into three bitesize sections. Aren't I considerate?

Often people say that they're sick of politicians because they've broken their word in the past. Promises have been made before an election and the politician hasn't delivered once they've been voted in. This makes the people who voted for them feel betrayed and the voter opts not to participate in the next election as a result.

To anyone who feels that way I'd say that that's a perfectly legitimate reason to vote for somebody else. By all means, give a particular politician or party a thumping in the polls in you feel that they no longer deserve your trust or confidence. The last thing you should do is abandon voting altogether.

Part of the problem is that we sometimes have unrealistic expectations of what our politicians can actually achieve. That doesn't mean that politicians don't sometimes let us down in a big way. As a voter from outside the political system the biggest weapon you have is voting for another party (even one which doesn't stand a realistic chance of winning). Giving up that weapon is the one thing that dis-empowers you as a potential agent of change. It's the last thing that anyone who is disgruntled with the current set-up in any way should do.

This is the key question anyone who doesn't vote has got to answer: what does my staying away actually achieve? We can all agree that there are some fundamental issues in the world that need addressing: climate change, inequality, housing, the economy, Europe, immigration, education, healthcare, energy, constitutional change. Failing to vote on these pressing issues won't lead to any change in policy from the big parties. They'll only listen to you if you actually vote. Having an opinion on any of these matters is contingent on your participation in the process. Staying at home won't change anybody's mind. This is the core part of what I'm saying:

Dissatisfaction with the way things are should always result in more political engagement, not less.

If you're unhappy with what a party's suggesting then tell them. Campaign. Lobby. Argue. Better yet, join a political party and fight for change from the inside. If you can't stand any of the parties, stand as an independent candidate. Whatever you do, taking part's a necessity.

Ignore, and Ye Shall Be Ignored

The big parties are clever. They know the demographics of people who vote and they target their policies at them. The danger is that those who don't vote end up in a vicious circle. Policies aren't aimed at them so they feel disconnected from politics and don't vote...which guarantees that policies aren't made with them in mind. Younger people, ethnic minorities and the poor are groups which generally vote in low numbers and which subsequently bear the brunt disproportionately in political decision-making. This has been played out time and time again in recent years. If these demographic-groups voted in larger numbers this year then the spin doctors and election strategists would take note and we might see some fairer policies being developed.

Policy direction is determined by the folk who turn up on the day. If those who didn't vote knew this then they might be more willing to vote. Politics is a complicated business; I can totally understand people who say that all the figures and laws go straight over their heads. I'm not saying that non-voters have to become experts in fiscal regulation overnight. Educating yourself on the basic issues and what different parties are proposing doesn't take all that long. Decide what issues matter to you, find out which party has the best ideas on those issues and vote accordingly.

You have 18 days to make your mind up. Election day's your big opportunity to take part is which direction we go in as a country. Make sure you don't miss it.


Part I: If You're Looking for Problems, Look in the Mirror
Part II: Why You Should Vote
Posted by Matt at 12:59