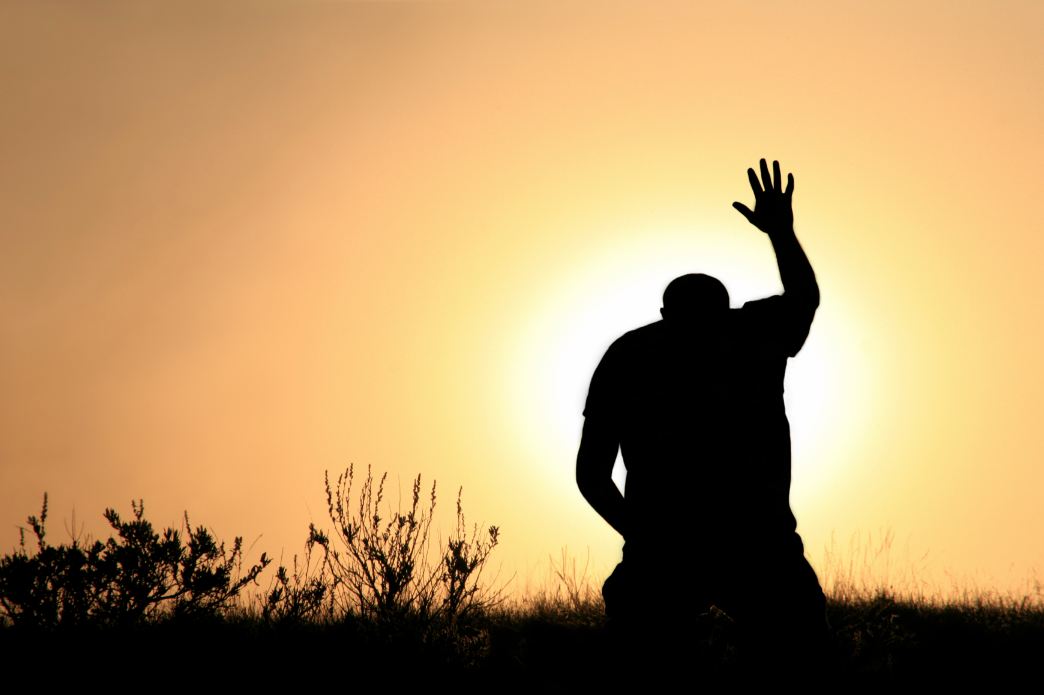 The fear of the Lord. Could I have picked a heftier topic to blog on? Let me tell you where I'm going with this one. It seems like we're frequently offered two extremes on the fear of God: either we say that it's really just respect and awe-struck wonderment (in which case, why use the term 'fear'?) or we say that God genuinely wants us to be terrified of Him. I'm not sold on either one.

The book of Revelation contains a vision right near the start where John, the guy writing the book, has a vision of Jesus. John's terrified: "When I saw him, I fell down at his feet like a dead man" (Revelation 1:17). This is the definition of a scared man. All he can do in response is to fall on his face. I'm wondering if John provides us with a good model here. Is the correct response to God to fall face-down in fear?

Be Afraid (Be Very Afraid)

As I said, it's been suggested that all the Bible means by the fear of God is a sense of wonderment, like what you feel when you see an amazing sunset, for example. Taking a look through Biblical references to fear doesn't seem to back this up, though. When Jehoshaphat told his newly-selected judges to "fear the Lord" (2 Chronicles 19:7) he wasn't inspiring them to worship God with amazement but to "watch what [they] do" (v6,7) because God was going to be supervising their judgements (and wouldn't look kindly on bribery). Similarly in Isaiah 8:13 "the Lord-All-Powerful...is the one you should fear. He is the one you should dread". In Psalm 33:8 "all the earth should worship the Lord; the whole world should fear him." Psalm 22:23 says, "fear him, all you Israelites". In Proverbs 9:10 "the fear of the Lord is the beginning of wisdom" (ESV). And 2 Corinthians 7:1 encourages us to "cleanse ourselves from every defilement of body and spirit, bringing holiness to completion in the fear of God" (ESV). In fact, for Psalm 36 those who "have no fear of God...think too much of themselves so they don't see their sin and hate it (v1-2).

This doesn't seem to add up. There seems to be something more than a concept of respect or awestruck wonder at play here.

The God Who Lifts Us Up

Great. So all we're left with is abject terror, right?

I said that I wasn't happy with that position either. Perhaps the problem is that we're seeing it in the wrong light. Perhaps we're defining the fear of God as quaking in our boots before a deity who wants us to be afraid for the sake of feeling fear. Perhaps the fear of God can actually be a healthy thing.

Is there evidence for this in the Bible? You bet. In Jeremiah 32:39 God says of His people, "I will give them one heart and one way, that they may fear me forever, for their own good and the good of their children after them". In Malachi 2:5 God's covenant with Levi is described as being both a covenant "of life and peace" and "a covenant of fear" (ESV). As a result, Levi "stood in awe of [God's] name". Psalm 76:7 says this about God: "you are feared; no one can stand against you when you are angry". Here God turns His anger into judgement that secures justice for the poor (v9). In Acts 9:31 we are told that "the church throughout all Judea and Galilee and Samaria had peace and was being built up. And walking in the fear of the Lord and in the comfort of the Holy Spirit, it multiplied" (ESV). In all of these passages proper fearfulness of God in individuals and in communities brought about healthier and more beneficial situations.

Let's get back to our friend John. Jesus's response to John's fall isn't to leave him grovelling on his knees. He reaches down, gives John His right hand and tells him, "Do not be afraid". This passage is bursting at the seams with allusions to a beautiful vision in Daniel 10 where Daniel has a similar experience. Faced with an overwhelming vision of a heavenly being, Daniel loses his strength (v8) and falls asleep on his face (v9). This is what happens next:

Again, he loses his strength and bows face-down before the being (v15). Again, the being touches him, restores his strength and tells him, "Daniel, don't be afraid. God loves you very much" (v16-19). The beauty here is that fear is not the end point. It is not fear for the sake of fear. The fear may be appropriate considering the overwhelming nature of the heavenly being but, once Daniel appreciates how dauntingly ill-equipped he is for this heavenly encounter, God lifts him up. Fear is not ultimately what God wants for His children. It is a necessary pit-stop rather than the final destination.

It's similar to humility. The point of humility is not that we should be endlessly self-deprecating. It is that we should recognise our proper place in relation to God. Once you become "humble under God's powerful hand" then He "will lift you up when the right time comes" (1 Peter 5:6). God's desire isn't to cut us down; it's to lift us up in the right state.

All this is apt in relation to what falling on your knees means elsewhere in Revelation. Scenes of worship permeate through the whole book (4:8-11, 5:9-14, 7:11, 11:16, 19:4). It makes a distinction between proper worship, which is attributed only to God, and improper worship (for example, worshipping angels; 19:10, 22:9-10). When fear is gone then we find ourselves released to worship God with freedom. To bow down on our knees in praise rather than fall on our face in fear. That's when our spirit of fear is replaced with a spirit of power and love and self-control (2 Timothy 1:7, ESV) and when we find that God's perfect love drives out all our fear (1 John 4:18).

Now that I can live with.